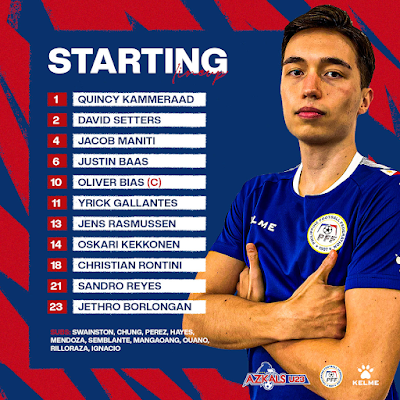 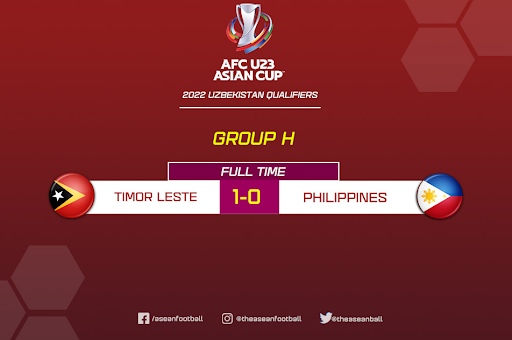 The club made the announcement last Sunday night, 31 October 2021.

“We wish the PFL and all other clubs good luck in the competition, while we get our house ready to defend our PFL title in the upcoming 2022 season,” the club said.

Commissioner Coco Torre said the Copa will still push through with five clubs on 07 November 2021 at the PFF National Training Center in Carmona, Cavite.

UCFC was supposed to be seeded in Group A together with Stallion Laguna FC and newcomers Dynamic Herb Cebu FC. The development leaves Stallion and Cebu as the remaining clubs that will contest the top seeding in the group for the crossover semifinals.

Torre said the plate final has also been removed due to the absence of a third placed team in Group A.

Torre said he respects United City’s withdrawal and hopes that the club can come back stronger in the PFL season 2022.

“Although with sadness, we understand the decision made by United City FC to not compete in this year’s Copa Paulino Alcantara based on the reasons they have shared with us,” said Torre.  “With that said, we are still eagerly anticipating the start of the Cup, which will push through with five (5) participating clubs.” 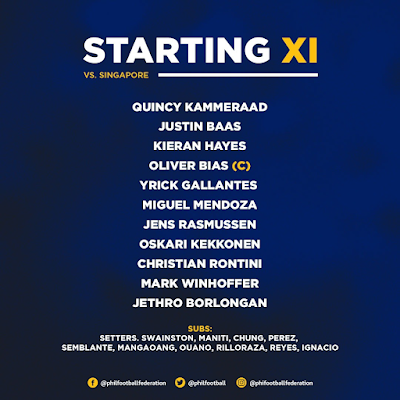 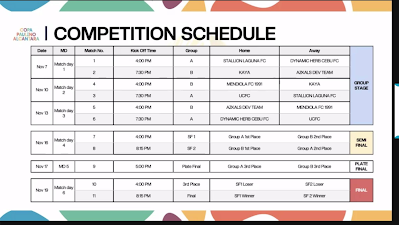 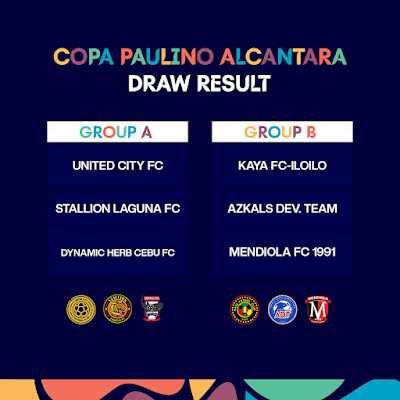 One of the most accomplished women’s national team coaches in the world, the 47-year-old Stajcic has been tasked to steer the Philippines in its bid for a historic FIFA Women’s World Cup spot through the AFC Women’s Asian Cup India 2022 on 20 January 2022 in India.

Stajcic’s impressive resume is underscored by a five-year stint with the Australian Women’s National Team, which was highlighted by qualification to the 2015 and 2019 FIFA Women’s World Cup and the Rio 2016 Summer Olympics, where the team reached the quarterfinals.

He was shortlisted for The Best FIFA Women’s Coach award in 2018.

Joining Stajcic is assistant coach Nahuel Arrarte. Arrarte was the Assistant Coach of the Australian Women’s National Team from 2017 until 2019, and is attached with A-League side Western Sydney Wanderers.

“We are thrilled that Alen Stajcic has accepted the position to be the head coach of the Philippine Women’s National Team head coach,” said Araneta. “His appointment shows the commitment and determination of the PFF to give our women’s national team the best possible chance to qualify for the FIFA Women’s World Cup.”

“Coach Alen Stajcic has the capabilities to elevate the Philippine Women’s team on the Asian stage and beyond,” added Gastanes. “We look forward to what he can bring to the team which has qualified to the final competition of the AFC Women’s Asian Cup India 2022.”

“We know that the Philippine Women’s Team has the capability to be one of the top teams in Asia at least” said Cheng, who has been supporting the team since 2017. “We are all excited by the arrival of Coach Alen and we wish him all the best as we seek a place in the FIFA Women’s World Cup Australia & New Zealand 2023.”

Araneta thanked Coach Marlon Maro for his contributions to the team which he guided to a successful qualification campaign despite the challenging conditions in the preparation and competition due to restrictions brought by the pandemic.

“We greatly appreciate the contribution of Coach Marlon in leading the team to qualification to the AFC Women’s Asian Cup,” added Araneta. “We see how Coach Maro is a vital stakeholder on the growth of the beautiful game in the country and his appointment as PFF Coaching Education head is testament to his already significant contributions and what he still can contribute to the country’s football development.”

“Coach Marlon Maro was an instrumental and inspiring figure to the team’s recent success on the continental stage,” echoed Gastanes. “As one of the leading AFC Coaching Instructors, his services are most needed at PFF as Head of the Coaching Education department. Under his previous stint, Philippines was granted the A Level membership in the AFC Coaching Convention. He is now the lead man in PFF’s efforts to be granted the Pro diploma Level which will enable the PFF to conduct Pro diploma courses in the country.

PFF, through PFF Women’s Administrator Ms. Isabella Fernando, is now finalizing the team’s preparations for the January 2022 showpiece competition with player tryouts and training camp to be held in Irvine, California, USA from 10 November 2021 until 15 January 2022. 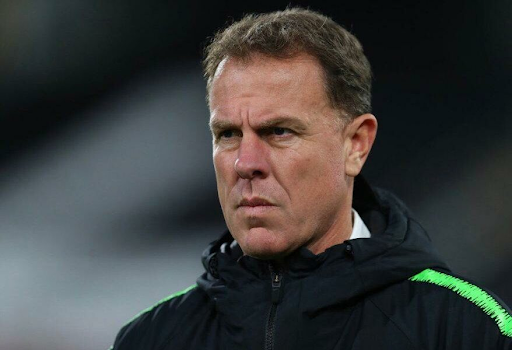 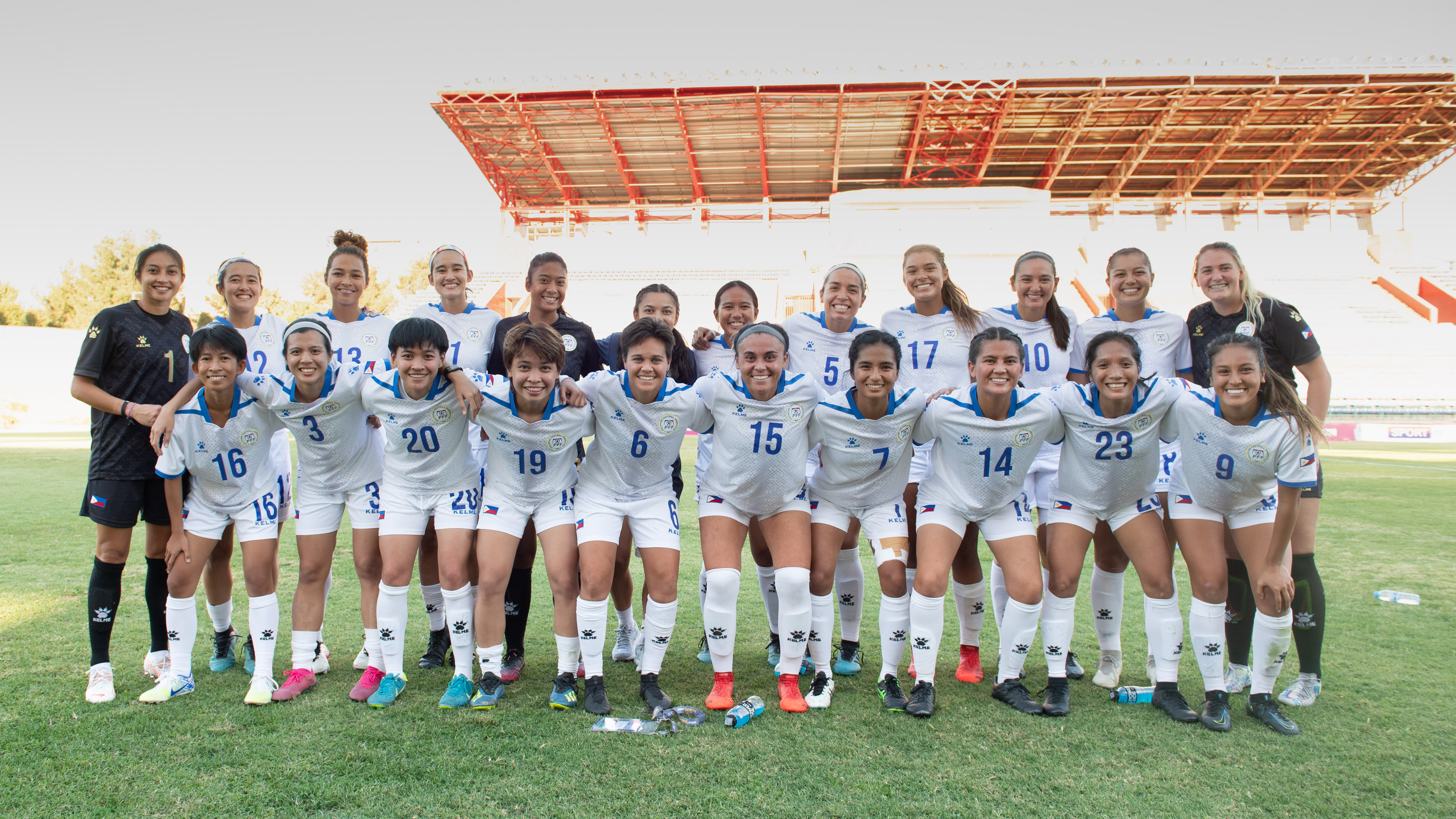 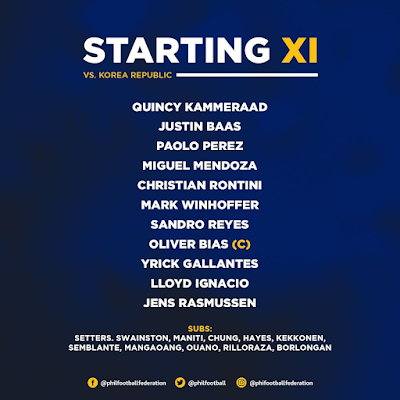 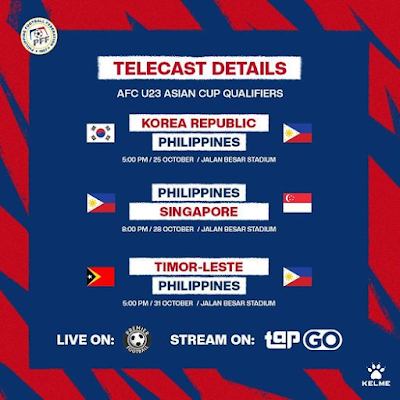 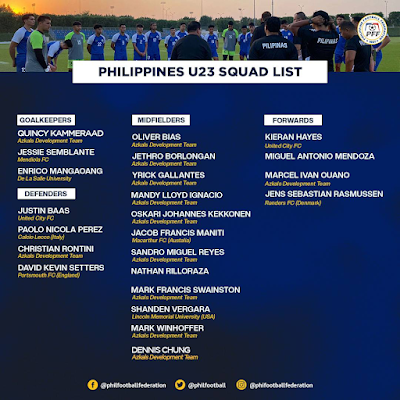 The Philippine Football Federation announced the 22 players who shall represent the country in the upcoming 2022 AFC U-23 Asian Cup Group H qualification matches, which will take place at the Jalan Besar Stadium in Singapore from October 25 to 31.

The Filipinos need to top Group H to formally enter the 2022 AFC U-23 Asian Cup, which shall be held in Uzbekistan on June 1-19, 2022. A second-placed finish might be good enough provided that the Philippines finishes in the top four of the runner-up standings.

The team prepared for the tournament by conducting a bubble setup in Lipa, Batangas. Their main facility was the Aboitiz Pitch. They are currently in Doha, Qatar, to finish their preparations.

International friendly : Philippines U23 2-0 Yemen U23 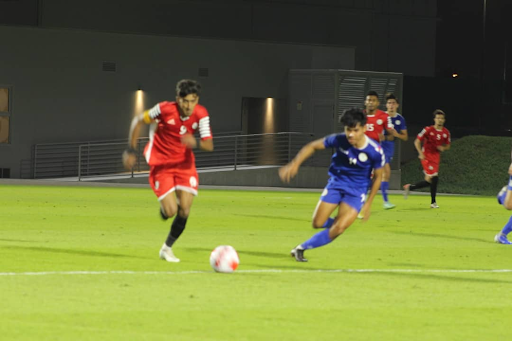 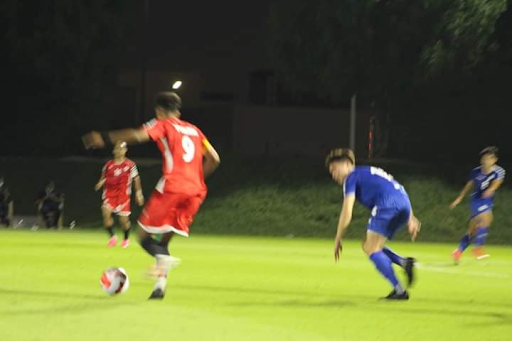 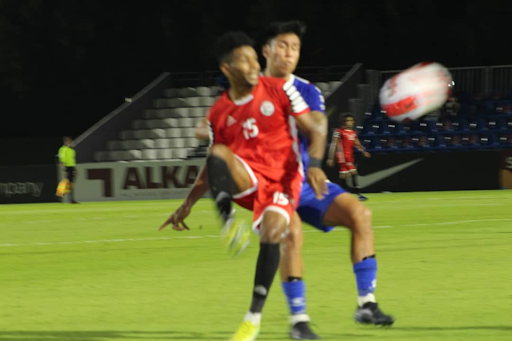 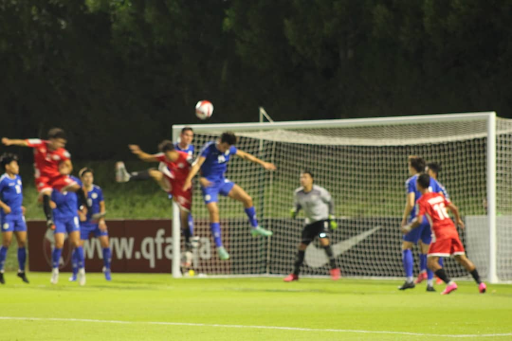 Some ray of hope for PFL start

Presidential Spokesman Harry Roque announced on Tuesday that some provinces including Cavite and independent cities will now adopt the new alert level system currently being implemented in Metro Manila.

Like the capital province, Cavite, which will host the scheduled league bubble, has been placed under Alert Level 3 starting on Wednesday until Oct. 31.

In the updated rules on the opening of various industries amid the COVID-19 pandemic, pro leagues are allowed to set up bubbles in areas under Alert Level 3 or lower, clearing the PFL for an Oct. 27 kickoff assuming the league intends to still push through with it.

The PFL previously said that it will only push through with its 2021 season if Cavite would be placed under general community quarantine or its equivalent by the said date.

However, a slight setback occurred when Cavite was retained under modified enhanced community quarantine supposedly until Oct. 31.

But with the expansion of the alert level system, the PFL could now finally set up its tournament with the PFF National Training Centre in Carmona as the main battleground.

Meanwhile, Laguna, Rizal, Siquijor, Davao Del Norte, and Davao City have also been placed under Alert Level 3, also clearing them to hold pro sports bubbles with permission from the Games and Amusements Board.

On the other hand, the rest of Davao Del Sur, Batangas, Quezon, Bohol, Cebu, Davao De Oro, and Davao Oriental have been placed under Alert Level 2, essentially making them the provinces that will do the pilot implementation of the lighter quarantine rules.

Contact sports events can push through in the said areas with an option to accommodate up to 50 percent of attendance for indoor arenas and 70 percent for outdoor venues, although GAB has insisted that the games must still be played behind closed doors or better yet, inside a bubble too like in the Alert Level 3.

PFL season in limbo as Cavite stays under MECQ

MANILA--The PFL might remain in the waiting game on when it can finally push through with its new season as Carmona and the rest of Cavite have been kept under the modified enhanced community quarantine for the rest of October.

Presidential Spokesman Harry Roque, also the spokesman for the Inter-Agency Task Force, announced on Wednesday that despite a remarkable improvement in the COVID-19 situation in the said province, it will still be under the second strictest quarantine protocols until Oct. 31.

This means the PFL might need to call off its planned Oct. 27 start to the 2021 season unless the league finds a new bubble host, particularly a town under the general community quarantine, just in time.

The league looks to stage another bubble with the PFF National Training Centre in the aforementioned town still the season's battleground.

The Games and Amusements Board is only allowing professional sports events to happen in GCQ or MGCQ areas or in the case of Metro Manila, in Alert Level 4 or lower towns.

Metro Manila, as also announced by Roque, will be placed under Alert Level 3 starting on Saturday, further loosening some restrictions in the said province.

This could make the metropolis another option for the PFL to hold its matches.

Philippine Football Federation secretary-general Ed Gastanes said last week that the national sports association “is committed to having the PFL 2021 season this year when conditions permit.”

However, the league set the Oct. 27 start to give the Azkals ample time to train for the AFF Suzuki Cup.

With Cavite still in MECQ, how the national team can get enough training ahead of the regional tournament remains to be seen.

According to the new guidelines the IATF approved yesterday, the province of Cavite remains in MECQ from Oct 16-31.

This directly affects the effort to have the PFL kickoff on Oct 27, as one of the requirements for the season to open is for Carmona to be placed under GCQ.
https://twitter.com/search?q=mecq%20%2B%20carmona&src=typed_query&f=top
Lagt inn av jonny kl. 19:27 No comments:

PFF general secretary Atty. Edwin Gastanes and PFL commissioner Coco Torre discussed with the clubs the requisite conditions for holding the PFL 2021 season, which will be a centralized competition to be hosted by PFL at the PFF National Training Center, under a closed-circuit bubble, with the league kickoff set for 27 October 2021, namely:

“PFF is committed to have the PFL 2021 season this year when conditions permit”, said Gastanes. “We understand how also important the league is for the clubs, sponsors, and football fans.”

Clubs were encouraged to ensure players are match fit upon the targeted kick-off date of 27 October. In addition, clubs must provide the league with their proposed accommodation venues for the bubble setup, with provisions for health and safety protocols to be imposed while inside the bubble.

“The PFL season 2021 kickoff remains a primary objective,” added Torre. “The staging of the season will help preserve the livelihood of the players, staff, officials and determine the League Standings based on sporting merit.