Philippines is scheduled to play  Guam at home on March 25 and China away  on June 7 , then Maldives at home on June 15.

Guam match may be moved to June and then all three matches will be played in a centralized venue in China !

Laos FC is also expected to join PFL this season.

The best of Philippine club football have been grouped with some of the biggest clubs in the continent for the 2021 edition of the Asian Football Confederation (AFC) Champions League and Cup.

United City is the first Filipino club to earn a direct ticket to the AFC Champions League Group Stage, where they will make their debut in Group I. The Philippines Football League (PFL) champions were drawn alongside J1 League champions Kawasaki Frontale, CSL runner-up Guangzhou, and a yet to be determined play-off winner.

UCFC co-founder Eric Gottschalk acknowledged his team is matched up against some of the best clubs in the region, but insisted they aren't there to make up the numbers.

"We deserve to be playing on this level," Gottschalk told ESPN5.com. "It will come down to if we are going to be able to be well prepared from a training and fitness aspect before the first match."

"If we don't think we have a chance then we would not enter the competition. We are not going there for a photo op, we are going there to play football and to win," he added.

Gottschalk conceded getting a positive result would be difficult against the 'powerhouses of Asian football', but believes they have the ability to make some noise in the biggest club competition in the continent.

"If this is possible at the end (beating their opponents in the group stage), we don't know. Look at the competition and the opposition that we're facing," Gottschalk said. "But at the same time if we don't think that we can win then let's save the money and all stay home."

While UCFC is the only Philippine club with a direct slot into the Champions League Group Stages, Kaya FC have a shot at making the dance as well.

To qualify the PFL runners-up must survive a pair of stern tests in the preliminary stages. Kaya is slated to tackle the Brisbane Roar of Australia on April 7 for a chance to face Chinese club Beijing FC in the play-off a week later.

While it will be a difficult road to the Champions League, Kaya GM Paul Tolentino is hopeful they could barge into the Group Stages.

"We're excited to get the AFC Cup 2021 going, but before that, we should be allowed to dream," Tolentino said in a statement. "Let's go Brisbane, let's go Beijing!"

Should Kaya fall short of qualifying for the Champions League they will be relegated to the AFC Cup, where they have been sorted into Group I. Awaiting Kaya in the AFC Cup are Shan United or Ayeyawady United of Myanmar, Terengganu of Malaysia, and Geylang International of Singapore.

"We're especially excited that we potentially get the chance to play against our former striker who is at Terangganu FC," Tolentino said. "We know Shan United quite a bit, we played them last year and we'll be looking forward to playing them again. Geylang will be a new opponent for us. However, we are quite familiar with the clubs in Singapore."

Both the AFC Champions League and the AFC Cup are slated to be played in centralized venues from April 21 to May 7 and June 22 to 28, respectively.

Earlier today, the AFC Cup 2021 Draw took place virtually at the Asian Football Confederation House in Kuala Lumpur. Filipino club Kaya FC-Iloilo were drawn into Group I of the competition, where they will face Shan United FC or Ayeyawady United FC from Myanmar, Terengganu FC from Malaysia, and Geylang International FC from Singapore. The group stages are scheduled for June 22-28 at a centralized location soon to be finalized.

Even from his living room, General Manager Paul Tolentino represented Kaya today and expressed his excitement over the results of the draw.

“We’re especially excited that we potentially get the chance to play against our former striker who is at Terangganu FC. We know Shan United quite a bit, we played them last year and we’ll be looking forward to playing them again. Geylang will be a new opponent for us. However, we are quite familiar with the clubs in Singapore.”

In Terrengganu, not only will Kaya possibly face former striker Jordan Mintah (PFL Golden Boot Winner in 2019), but also Philippine international and former Ceres Negros mainstay Carli de Murga. Meanwhile, Shan United would prove to be an interesting rematch, as the Burmese Champions look to avenge their 2-0 loss in last year’s group stage. Kaya could also face Geylang for the first time, with the Singaporean club playing in their first AFC Cup since 2010.

“Really interesting group and excited to play AFC Cup again,” said Kaya head coach Yu Hoshide. “Burmese and Singaporean clubs are familiar for us but we don’t know a lot about Malaysian clubs, which will make it a nice experience too. Preparation will be the key to winning, so we will try our best to push for the title.”

2021 would mark the 4th AFC Cup run in Kaya FC’s history. Previously, the club exited in the knockout round in 2016, then failed to progress from the group stage in 2019, before having their 2020 slate prematurely halted due to the pandemic. This year, the Iloilo side look to pick up where they left off last season when they went undefeated in all three of their matches before play was suspended.

However, all of this will be irrelevant if Kaya can manage to gate crash the Champions League with consecutive upsets in the qualifying round. The preliminary stages feature a key match against Australia’s Brisbane Boar, the winner of which will then face China’s Beijing FC.

“We’re excited to get the AFC Cup 2021 going, but before that, we should be allowed to dream,” added Tolentino. “Let’s go Brisbane, let’s go Beijing!”

Should the club pull off the two wins, instead of playing in the AFC Cup, Kaya will join the continent’s elite in the AFC Champions League Group Stage, which will be held in April. 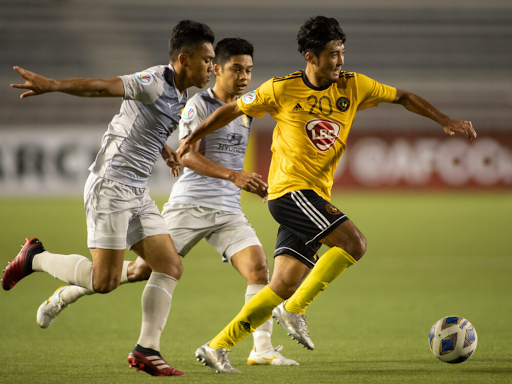 Following the success of the 2020 Philippines Football League brought to you by Qatar Airways, the 2021 season will kick off with the Copa Paulino Alcantara scheduled for April 2021 subject to the health and safety protocols set forth by the Philippine government.

The announcement was made during the PFL 2021 virtual season kick-off featuring five of the six participating clubs. The staging of the Copa Paulino Alcantara prior to the start of the league will allow clubs to ease in to the competition with several international tournaments also lined up for the year such as the AFC Champions League, AFC Cup, and the FIFA World Cup Qualifiers.

The five clubs expressed optimism on the restart of the league as it will allow them to gradually get in to fitness in once the league gets a green light to start.

“We’re all one here in wanting to play sooner rather than later,” said Kaya general manager Paul Tolentino. “The right setup must be agreed by all the stakeholders and having the Cup will allow us more preparation and active competition.”

The club managers also bared their plans for the season focusing on youth development and developing a sustainable program.

“We were very happy with how we performed last season,” bared Maharlika Manila FC owner Anton del Rosario. “For this upcoming season, we want to focus on building a foundation in order to have a sustainable team in the future.”

“We want to contribute to Philippine football by focusing on youth development,” furthered Mendiola FC’s Karl Tan. “The league is the biggest stage for these young talents, especially coming from the provinces.”

To further spark the growth of the league, the clubs have decided to conduct a joint tryout within the coming weeks. The joint tryouts will allow the clubs to gather all aspiring players together and scout for fresh talent.

“Each coach will have an approach to see the players,” said Stallion Laguna FC head coach Ernie Nierras. “It’s going to be a short window for the tryouts and we’re trying to show the fans and the players that we have the teams working together to make this league better.”

The departure of key players to the Thai League and Malaysian Super League has left United City FC (UCFC) without a choice but to beef up its lineup for the fifth season of the Philippine Football League (PFL), UCFC skipper and assistant coach Stephan Schrock admitted yesterday.

Those who have opted to seek greener pastures include midfielders OJ Porteria and Manny Ott and Dennis Villanueva.

The Filipino-German Ott inked a deal with Melaka United FC in Malaysia while Porteria and Villanueva hooked up with Ratchaburi FC and Nakhon Ratchasima FC in Thailand.

The recruitment of new platers is aimed towards the team’s stint in the AFC Champions League in March.

“The management and coaching are in talks, everything is set to add some new faces,” said Schrock, who bagged the PFL Golden Ball award last season.

“Obviously they are great players. Good persons and outstanding characters. It will be a challenge to replace them.”

The exodus of the three only should give the others to rise to the occasion.

Still, UCFC still has a lethal offensive combination led by Schrock, going alongside club’s all-time scorer Bienvenido Maranon and stalwarts Robert Lopez Mendy and Hikaru Menigishi.
“This gives other players the signal to step up their game. We are still hungry for the trophy.”

“Now we wanna win our fifth championship, and we will win it again. Historical things will happen this 2021,” Schrock added.

The Philippine Football League (PFL) is flirting with the idea of expanding as two new teams expressed willingness to join in its fifth season in May.

Torre refused to identify the clubs, but stressed that talks are tipped to shift to higher gear in the coming days.

“There are clubs who already approached us, saying that they want to join the PFL,” Torre said.

“Over the break, I’ve been talking to them. They want to join us this coming season.”

The PFL may only be entering its fifth season, but is already drawing a lot of attention from sponsors and potential team owners.

The Philippine Football League (PFL) is flirting with the idea of expanding as two new teams expressed willingness to join in its fifth season in May.

Torre refused to identify the clubs, but stressed that talks are tipped to shift to higher gear in the coming days.

“There are clubs who already approached us, saying that they want to join the PFL,” Torre said.

“Over the break, I’ve been talking to them. They want to join us this coming season.”

The PFL may only be entering its fifth season, but is already drawing a lot of attention from sponsors and potential team owners.

Torre said their continuous expansion is such a major boost to their stability as one of the professional leagues in the country.

“We are looking to have an expansion program in the PFL in which we allow infant clubs to come in and grow within the league,” Torre said.

“I told them that I will make sure that it will become doable for them similar to what we did with Maharlika FC.”

If the two new clubs successfully make it, the PFL will have a record of eight competing teams bannered by four-time champion United City FC and other mainstays such as Kaya Iloilo FC, Stallion Laguna FC, Mendiola FC, Maharlika and ADT.

“It’s more of a developmental approach. It’s a good program and a lot of it is tied to club education,” Torre said.

“They don’t need to be a big club to achieve it now. But we’ll make sure that they will eventually achieve it and grow with us.” 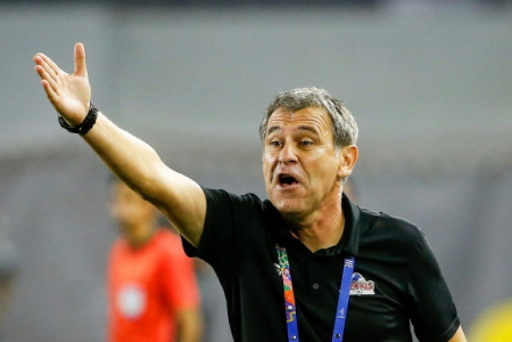