Kaya FC-Iloilo completed its foreign lineup with the signing of Ghanian forward Patrick Asare for the upcoming domestic and international campaigns this season.

The forward, who hails from Accra, Ghana, had a storied career before joining Kaya. He started out playing for youth teams in Ghana’s youth leagues until an opportunity to play in Malaysia came for the forward.

The opportunity did note come for Asare at the time, but the setback did not deter him. In 2014, he took a degree in Sports Management with a focus on Football Studies. At the same time football came knocking back to Asare, signing for Myanmar clubs Zwekapin United, Yadanarbon FC, and Shan United FC.

After his stint in Myanmar, Asare continued his studies, while playing in Malaysia for third division clubs, until 2020 finishing with a Masters degree in Psychology for Coaching. With his studies done, he has set his sights on his return to professional football with the Philippines as his third Southeast Asian country to play for and Kaya as his latest club.

“We are proud to announce the addition of Jason Withe, a UEFA Pro License holder, to work alongside Frank Muescan & playing-coach Stephan Schrock during the AFC Champions League group stages in June/July,” read the club’s statement on their official Facebook account.

Withe’s signing brings a wealth of experience to the reigning Philippines Football League champions ahead of the AFC Champions League group stages this June. The English coach started his playing career with West Bromwich Albion and went on to play for several clubs in Finland and in England before moving on to coaching.

As head coach, he has earned a wide grasp of the ASEAN football scene with stints in Thailand, where he won the Thai Premier League and FA Cup double with BEC Tero Sasana in 2000, Singapore, with Home United, and Indonesia, with Pestebola Merdeka.

His time in Southeast Asia also saw him serve as assistant head coach for both the Thailand and Indonesian national teams, as well as club director for Sukhothai FC, which claimed the Thai FA Cup in 2016.

Withe is expected to lead the club to domestic and international glory alongside Frank Muescan , who returns to the club as assistant coach and team captain Stephan Schrock who will be the playing coach.

The Philippines Football League brought to you by Qatar Airways is scheduled to kickoff on 17 July 2021.

The PFL’s 2021 season was supposed to begin with the Copa Paulino Alcantara from April to May 2021 under a bubble format, but rising COVID-19 cases in the country, particularly in the National Capital Region and surrounding areas has prompted the league to defer the holding of the Cup for the second straight year and push back the start of the season.

In deciding on the new kickoff date, the PFL also took into consideration the international window on June 2021 when the men’s national team competes in the FIFA World Cup Qualifiers in China as well as the AFC Champions League play-off and group stage where PFL clubs Kaya FC-Iloilo and United City FC will be competing.

“The (Copa Paulino Alcantara) will not push through this year because of the current situation,” said PFF president Mariano Araneta, Jr. “We decided that we will proceed with the league by 17 July when we have the vaccines rolled out already.”

The PFF has already communicated the league kickoff date to title sponsor Qatar Airways and the participating clubs so they can plan accordingly ahead for the season.

“We understand the situation the clubs are facing during these challenging times,” added PFF general secretary Atty. Edwin Gastanes. “With a scheduled kickoff date of 17 July, the clubs will be able to plan  accordingly for another exciting PFL season.”

Part of the PFF’s plan to restart competition is to spend for the vaccines for the players and officials.

“The players are welcome to be vaccinated as it is protection with them,” added Araneta. “We’re giving them a choice as PFF will be spending for the vaccines. I’m confident that they will accept these vaccines.”

The league is also targeting an increase in the number of matches for this year with 28 to 84 matches being proposed to the clubs, which is also on the verge of expansion from six to eight teams.

“Last year, clubs were only able to play five matches in the bubble season,” said PFL Commissioner Coco Torre. “With the vaccine set to roll out this year, we look forward to giving the clubs more competitive matches to keep the players physically fit, which will benefit our clubs participating at the domestic level, international competitions, and our national team.”

MANILA (18 March 2021) – Defending champions United City FC have significantly bolstered their squad ahead of the 2021 Philippines Football League (PFL) brought to you by Qatar Airways by signing brothers Omid and Amin Nazari and also striker Mark Hartmann for the new season.

The signing of both Omid Nazari and Hartmann marks the pair’s return to the club after stints in Indonesia and Thailand respectively.

Omid, who played for Persib Bandung in Indonesia, was part of the Ceres-Negros side that lifted the league title in 2017 and 2018, while Hartmann, who played for Petaling Jaya City FC and UiTM, had a brief stint with the club last year during the AFC Champions League preliminary round run.

Meanwhile, it will be Amin Nazari’s first foray in the Philippine club football setting.

Before being called up to the national team in 2018, he had playing stints for Swedish side Malmo FF and Finnish club IFK Mariehamn. He went on to play in Thailand for Ratchaburi Mitr Phol FC and Malaysia for Kedah FA in the last two years.

The three are among the club’s newest signings ahead of the start of competition.

The 2020 PFL champions also announced the return of captain Stephan Schrock, forward Bienvenido Marañon, and midfielder Mike Ott to the squad last week in preparation for the upcoming season. 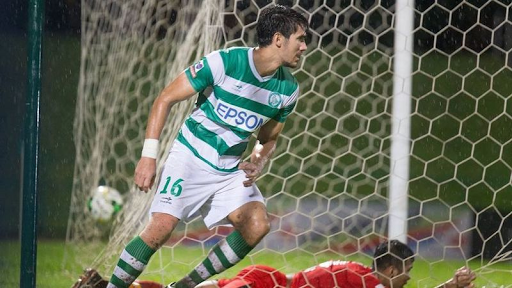 The Philippine Football League (PFL) family continues to grow as it welcomes a new team when it kicks off its fifth season in July.

PFL commissioner Coco Torre confirmed that a new Cebu-based team is already in the process of working on its license to operate as a team and compete in the country’s top-flight football league this year.

There will be a new Cebu-based team that will join us this coming season,” said Torre, adding that the league is also planning to start its own inoculation program for its players, coaches and staff before the start of the season in July.

Due to the success of the bubble season at the Philippine Football Federation training center in Carmona, Cavite last year, the league drew interest and attention from sponsors and potential team owners.

Just over a month ago, the league had previously confirmed that Loyola FC and Laos FC will be joining the professional ranks, and now well on their way from completing their requirements.

With the looming participation of new teams, Torre expressed his elation over the continuous growth of the Philippine football amid the ongoing coronavirus crisis.

If these plans go through, the league will now be composed of nine teams, bannered by four-time PFL champions United City FC and other mainstay clubs such as Kaya Iloilo FC, Stallion Laguna FC, Mendiola FC, Maharlika FC and Azkals Development Team.

“It’s a great news because we can expect around nine teams to compete this season, considering that Laos and Loyola FC are now processing their documents,” Torre said.

The Philippine Azkals will be heading to China in June for the continuation of the 2022 FIFA World Cup Asian qualifiers.

This developed after the Asian Football Confederation (AFC) announced that the remaining fixtures of the 2022 World Cup and the 2023 AFC Asian Cup will be played at a centralized venue.

Group A, where the Philippines men's national football team belongs, will be held in China.

The remaining fixtures were originally scheduled for March and June 2020, but were postponed. They were initially moved to October and November 2020, and again to June 2021 due to COVID-19.

The Philippines is currently at third place in Group A with 2 wins, 1 draw, and 2 losses.

The Azkals remain in contention for a spot in the final rounds of both the FIFA World Cup Asian Qualifiers and the AFC Asian Cup China 2023.

One of the greatest Filipino football players is staying with the club that he has led in different domestic and international battles.

Four-time Philippines Football League champion Stephan Schrock has announced through his Facebook account tonight that he has signed a new three-year deal with United City, which prolongs his stay with the reigning title holders.

“My career is a career that has never been done before in the long history of the beautiful game in my mother’s country, therefore – I’m very happy and honored to continue to go down that path for another couple of years with United City Football Club,” his statement read.

“There will be milestones set in the near future, historic events that may change the game forever. The first ever AFC Champions League season for a club from the Philippines, and another couple of trophies for us to pick up in the PFL. I’m here to stay. Truly yours.”

For its part, United City announced the big news roughly the same time as their talismanic skipper through its Twitter account. Filipino football fans eagerly anticipated the news. Safe to say, the wait was worth it.

“Every team needs leadership and a strong Captain and UCFC is proud to have one of the finest in the world of football on its roster for at least the next three seasons.”

His retention caps off a four-day revelation from United City regarding the 13 players whom the club has re-signed for the upcoming campaign. After the 34-year-old, the players with the biggest profiles are Bienvenido Marañon, who is very close to becoming a Filipino citizen; and midfielder Mike Ott.

The other players who have put pen to paper for extensions with United City include Tristan Robles, Miggy Clarino, Pocholo Bugas, Sean Kane, Angelo Marasigan, Jordan Jarvis, Pika Minegishi, Arnie Pasinabo, and Jun Badelic. Anthony Pinthus was earlier announced to have been signed permanently by the club from the Azkals Development Team.

Schrock commits to United City 'for at least next three seasons'

STEPHAN Schrock has signed a long-term deal with United City FC, ensuring that one of the best footballers in the Southeast Asian region will be staying in Philippine shores.

The club announced on Thursday night the re-signing of Schrock, adding in its Facebook account that the Azkals captain will be playing for UCFC for “at least the next three seasons.”

“Every team needs leadership and a strong captain, and UCFC is proud to have one of the finest in the world of football on its roster for at least the next three seasons,” wrote UCFC on its Facebook page.

The 34-year-old Schrock, over the past few years, has drawn interest from clubs abroad because of his fine play as the Philippine Azkals skipper.

But the UCFC midfielder has turned down those offers, opting to continue to show his exploits in the Philippines until he reaches, at least, the age of 37. He has been playing domestic football since 2016 with Ceres Negros FC and then with UCFC when the Busmen changed ownership.

Schrock has also been adamant about his desire to contribute to the development of football in the country.