It was a crucial match for Kaya FC-Iloilo as the Azkals Development Team (ADT) had beaten Stallion Laguna FC earlier in the morning. Kaya FC-Iloilo came into its final match at third place with eight points, while ADT was up by a point.UCFC had already clinched the title last Nov. 6 after winning four straight matches. UCFC benched starters star striker Bienvenido Marañon, forward Robert Lopez Mendy, Hikaru Minegishi, Japanese midfielder Takashi Odawara, Manny Ott, Sean Kane and goalie Anthony Pinthus.Kaya FC-Iloilo immediately pressed the action with a couple of goal attempts in the opening 10 minutes. Kaya FC-Iloilo found its mark in the 15th minute with a goal by Kenshiro Daniels coming from a cross by Eric Giganto.Mike Ott and OJ Clarino both had an opportunity to score the equalizer but missed their target. Carlyle Mitchell made it 2-0 before halftime with a goal from a cross in the 38th minute.Marañon and Odawara were subbed in the 46th minute, while Minegishi and Mendy went in in the 64th minute to give UCFC more firepower. UCFC finally found the back of the net in the 83rd minute with a goal by Manny Ott.UCFC was aggressive in search for the equalizer, but Kaya FC-Iloilo goalkeeper Louie Casas was quick on his feet and deflected attempts by Schrock and Marañon, while Mendy’s attempt went wide.Meanwhile, ADT clinched third place with a 2-0 win over Stallion Laguna FC. Yrick Gallantes scored in the 52nd minute, while Jarvey Gayoso sealed it with a goal in the 61st minute.On the other hand, Mendiola FC 1991 got its first win of the tournament with a 2-0 victory over Maharlika Manila FC. Aaron Altiche scored the opening goal in the 25th minute, and Jim Ashley Flores hit the back of the net in the 90th minute.Mendiola FC 1991 faces Stallion Laguna FC on Nov. 12 for the league’s last match. The winner will finish fourth in the tournament.
https://www.sunstar.com.ph/article/1876464/Cebu/Sports/Kaya-FC-finishes-second-with-win-over-champion-UCFC
Lagt inn av jonny kl. 16:04 1 comment: 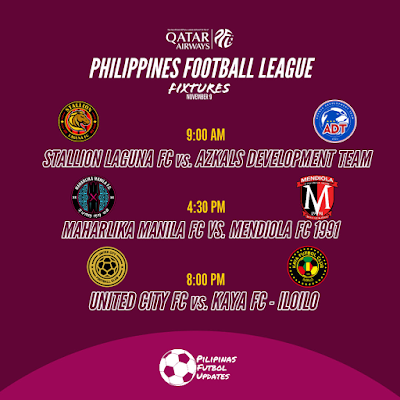 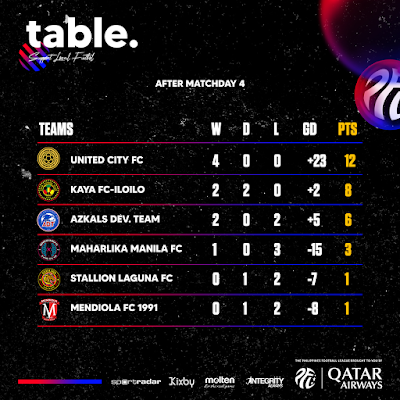 UCFC fired five goals in the second half led by Spanish striker Bienvenido Maranon’s second hattrick of the season.

UCFC entered the match a win away from capturing the title with a game to spare after Kaya FC Iloilo was held to a draw by Mendiola earlier in the day.

“When we knew that Kaya’s game was a draw, we told ourselves that we’re going to seal this [win against Stallion],” said UCFC coach Frank Muescan, whose squad secured a spot in the AFC Champions League for being the newly-minted PFL champion.

“Our main objective was to really win this game at all cost.”

Mike Ott had a brace, scoring once in each half while Takashi Uddawara and OJ Porteria tallied one goal apiece in the dominant victory that pushed UCFC’s tally to 12 points.

UCFC, which conceded its first goal in four matches, will still play Kaya on Monday in the two clubs’ final match of the season.

On a sunny morning, Mendiola rained on Kaya’s parade with a superb defensive effort highlighted by another outstanding performance from goalkeeper Kenry Balobo.

Balobo pulled off a series of spectacular saves in the second half as Kaya chased a match-winner, giving Mendiola its first point in the competition after back-to-back losses.

Kaya’s title hopes now hang by a thread following two straight draws including a 1-1 result against Stallion last Tuesday. United City FC can seal the title with a victory against Stallion at 8 p.m. Friday night.

Three nights after dropping points in the draw to Stallion, Kaya was hoping to gain on UCFC, which it will face on Monday. But Mendiola had other plans as it put up a tough defensive stand. Much as it had been for the competition, Kaya’s attacking players were guilty of missing chances that may ultimately cost them a shot at winning the league title for the first time.

“While my boys wanted to win I believe they did not give their full 100 percent,” said Kaya’s Japanese coach Yu Hoshide. “Maybe my boys were a bit tired with only two days of rest between games. I don’t know.”

Kaya no longer holds its fate as Hoshide’s side will be hoping that Stallion at least draws with UCFC in their match to make the Monday game against the reigning champions a winner-take-all battle.

But for Mendiola, the result is a huge morale boost after losing to UCFC, 0-6, and Azkals Development Team, 0-2.

“I give credit to my boys because they gave their best today against a very good team like Kaya so I am very happy with the result of this match,” said Mendiola mentor Dan Padernal. “I really pressured my boys to do better because it would have been embarrassing if we lost our third straight match so we finally gave our opponents a good fight.”

The 22-year-old Balobo, who was a late cut from the PH Under-22 squad that saw action in last year’s 30th Southeast Asian Games, once again raised his stock with an impressive display. He also saved a penalty against ADT last Tuesday.

“He is a hungry young lion who wants to prove himself out there in the (football) jungle,” said Padernal.

Balobo said being left out of the SEA Games was a major motivation in improving his attitude and goalkeeping skills.

“I have moved on from that experience and I used that as motivation in making myself a better player so I could show everybody that I deserve a second chance in the national team,” the 22-year-old from Cebu said. 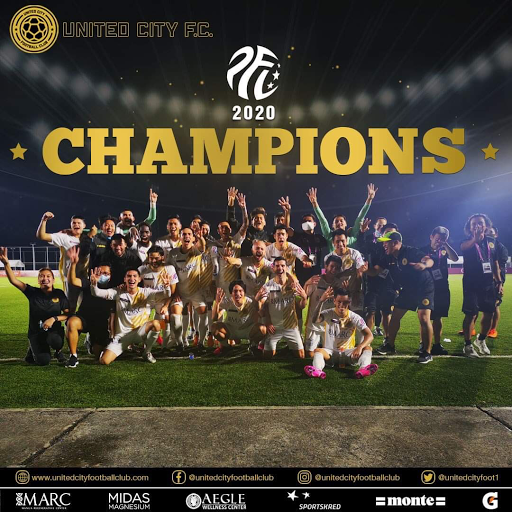 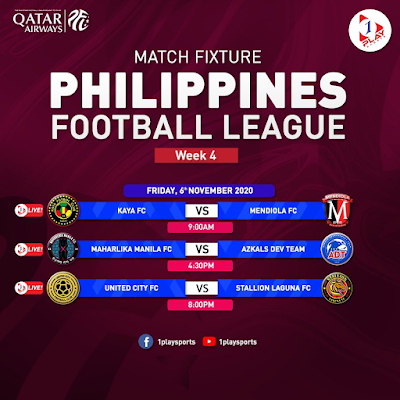 Reverted to his usual striker role early in the second half, Jarvey Gayoso powered the Azkals Development Team to a breakthrough 2-0 win over Mendiola FC last Tuesday in the Philippines Football League at the PFF National Training Center in Carmona, Cavite.

Revving up ADT’s attack, national coach Scott Cooper switched Gayoso to his familiar spot and the former Ateneo syar responded brilliantly, scoring the opening goal and also getting involved in the second knocked in by Matthew Custodio.

It was the first victory in three matches for the national team hopefuls who bowed to United City FC and Kaya FC Iloilo in the first two matchdays.

Mendiola goalkeeper Kenry Balobo kept out Marvin Angeles’ penalty in first half stoppage time after coming up with a fine save on Chima Uzoka’s effort earlier.

Looking comfortable in his role up front, Gayoso cashed in on his first real chance firing a header off a pinpoint cross from Dean Ebarle in the 73rd minute. The second goal came in the 81st minute when Custodio pounced on the rebound off Gayoso’s saved free kick.

Pressed and hounded by the relentless pace of the youthful  ADT side, Mendiola lost steam in the second half, absorbing its second loss in the competirion.

“Gayoso’s performance as a striker has given me food for thought,” said Cooper. “It is something that we can ponder on moving forward.”

But the British tactician said he remained committed to the big picture of developing his players so that they could step up to the next level “even as we teach them how to win.”

“I was just happy in helping my team win and trust coach Scott in whatever position he thinks is best,” said Gayoso. “But I welcome the chance to be back in old role as a striker.”

Mendiola FC coach Padernal acknowledged that fatigue had set in for his players in the second half, noting the squad’s inactivity for the past seven months and coming off a 0-6 beating from United City FC last weekend.

“Our opponents just ran us ragged. We were tired,” said Padernal.