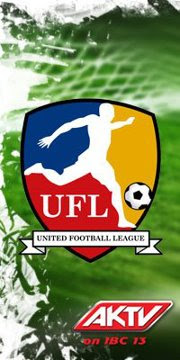 Nomads Auction Manila seeks to move top of the table Saturday when it battles Navy Red Juice in the United Football League at the University of Makati field.

Kickoff is at 2 p.m. with Nomads, hoping to build on their 3-2 victory over Pasargad, against a Navy side that finished last in the first division last season.


Global and Pasargad collide at 4 p.m. in a battle of teams that dropped their first games of the tournament.

Both games will be aired live over AKTV on IBC13.

Other opening-day winners Loyola Meralco and Kaya will be in action on Sunday, while Stallion faces defending champion Air Force on Tuesday.

Nomads vs Navy. Nomads will lean on its attacking duo of Steve Borril and Phil Connoly, who scored the game winning goal against Pasargad.

Steve Blake, the former best goalkeeper awardee in the second division, will also play a key role along with defender Randy Musters, who scored Nomads’ first goal of the season – a curling left-footed goal from 20 yards.

Navy, once considered a traditional powerhouse, has failed to keep up with the buildup of the big teams in the league. They will be hoping to bounce back from a heavy 6-0 loss to Stallion.

Loreto Kalalang, the veteran right fullback, will be back in the lineup, after sitting out the Stallion game due to suspension. But the Sailors will be without defender Gerard Orcullo, who was sent off in the game against Stallion.

Veterans of many international matches, Marlon Pinero and Reydric Viliran are expected to pair up front for Navy, which is looking for its first win in the first division in the last two seasons.

Aside from adding Orcullo to the lineup, Coach Marlon Maro’s side also beefed up its midfield by acquiring former national team player Jeff Liman from Kaya.

Global vs Pasargad. Despite infusing new talent to its squad, Global absorbed a stunning 1-2 loss to Army Fritz and Macziol last Sunday.

The task of bouncing back looks to be tougher for coach Graeme MacKinnon’s side with some of his players expected to miss its second game,

“Our players need to step up. We must improve,” said MacKinnon. “We can’t afford to play the way we played against Army.”

Pasargad, one of the three promoted teams from the second division, showed plenty of fight before fading in the second half in the 2-3 defeat to Nomads.

Charlie Sutcliffe and Jay Torres scored quick goals in the first half to give Pasargad a 2-1 lead after 16 minutes.