Philippine champions Ceres-Negros Football Club will commence their 2020 continental campaign on January 14 at the Rizal Memorial Stadium in Manila.
The recently refurbished venue for the 2019 Southeast Asian Games Final will see the the Busmen will face Myanmar National League Champions Shan United in Preliminary Stage 1 of Asia’s richest club tournament.
The winner of the first stage will travel to Bangkok to face Thailand FA Cup Champions Port FC. A meeting with J. League’s FC Tokyo awaits in the final Playoff round where the winner earns a place in Group F.
The AFC Champions League is Asia’s most important club competition where thirty-two teams in the group stages will battle it out for the USD 4M top prize and a slot in the 2020 Club World Cup.
Ceres-Negros FC will participate in the AFC Champions League for the third straight year. They shocked the football world with a win against Brisbane Roar in 2017 before falling in the playoff round versus Tianjin Quanjian.
The competition returns to Manila in the fourth year that Philippine clubs have participated in the competition.
http://ceresfootball.com/ceres-negros-afc-champions-league-qualifer-set-rizal-memorial/
Lagt inn av jonny kl. 23:59 No comments: 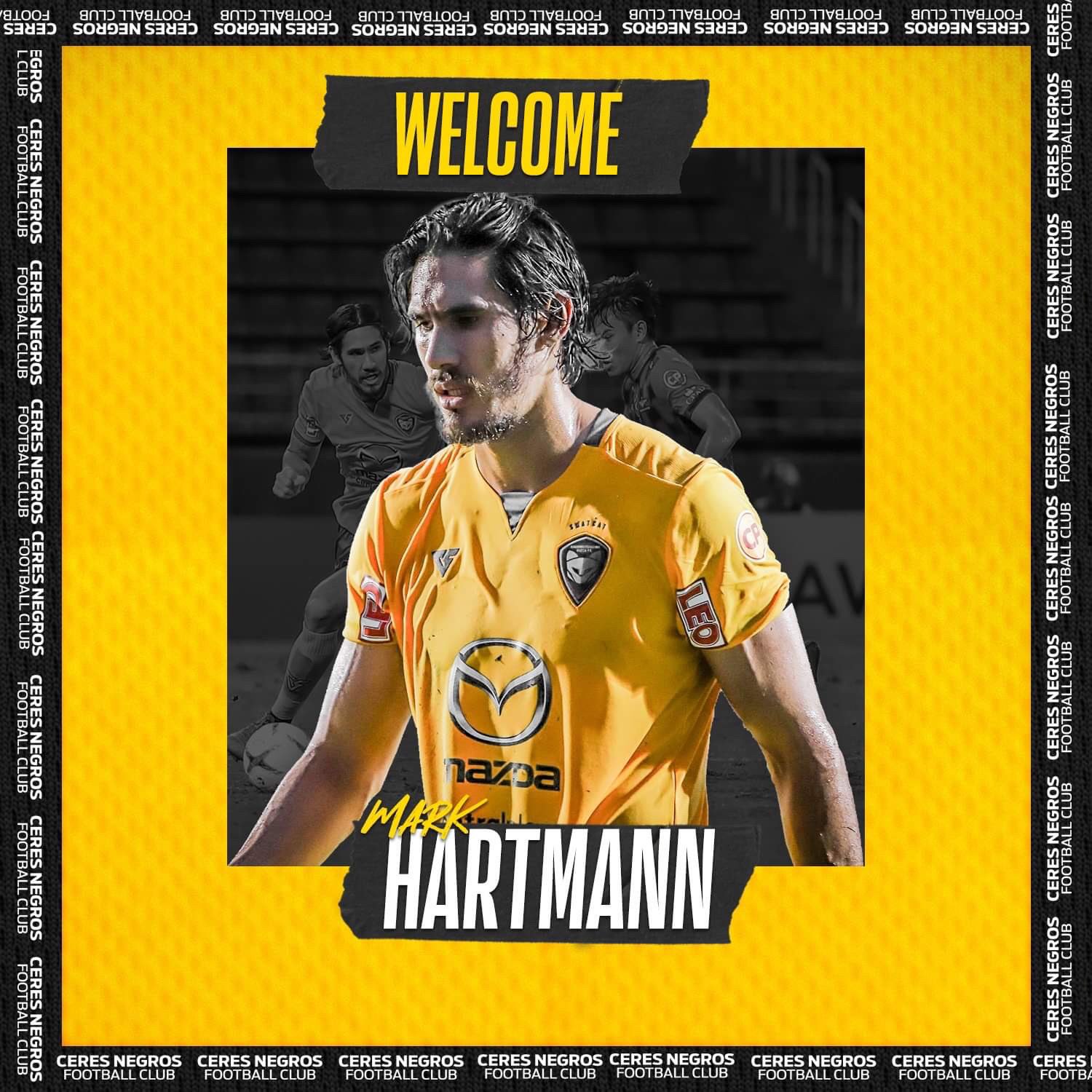 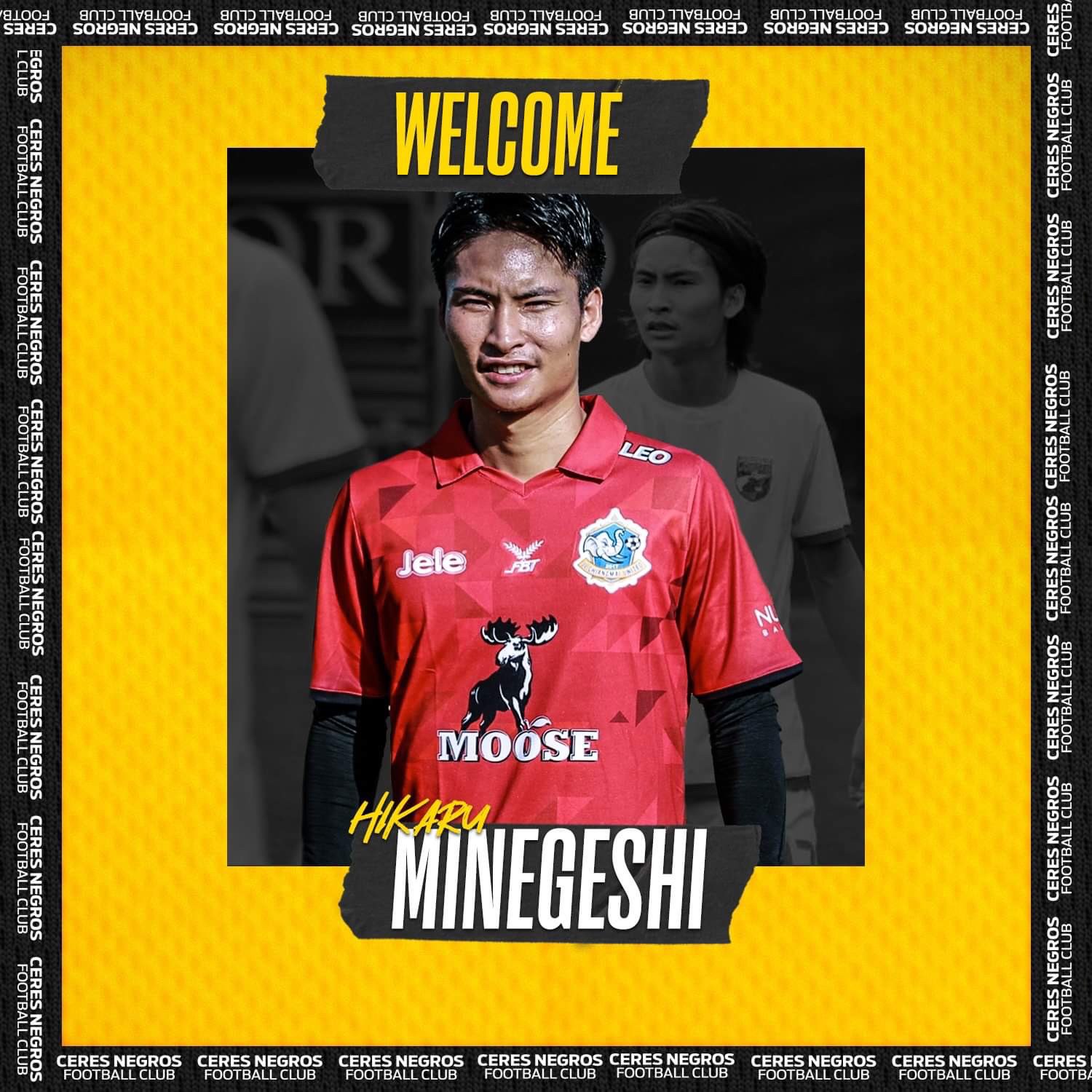 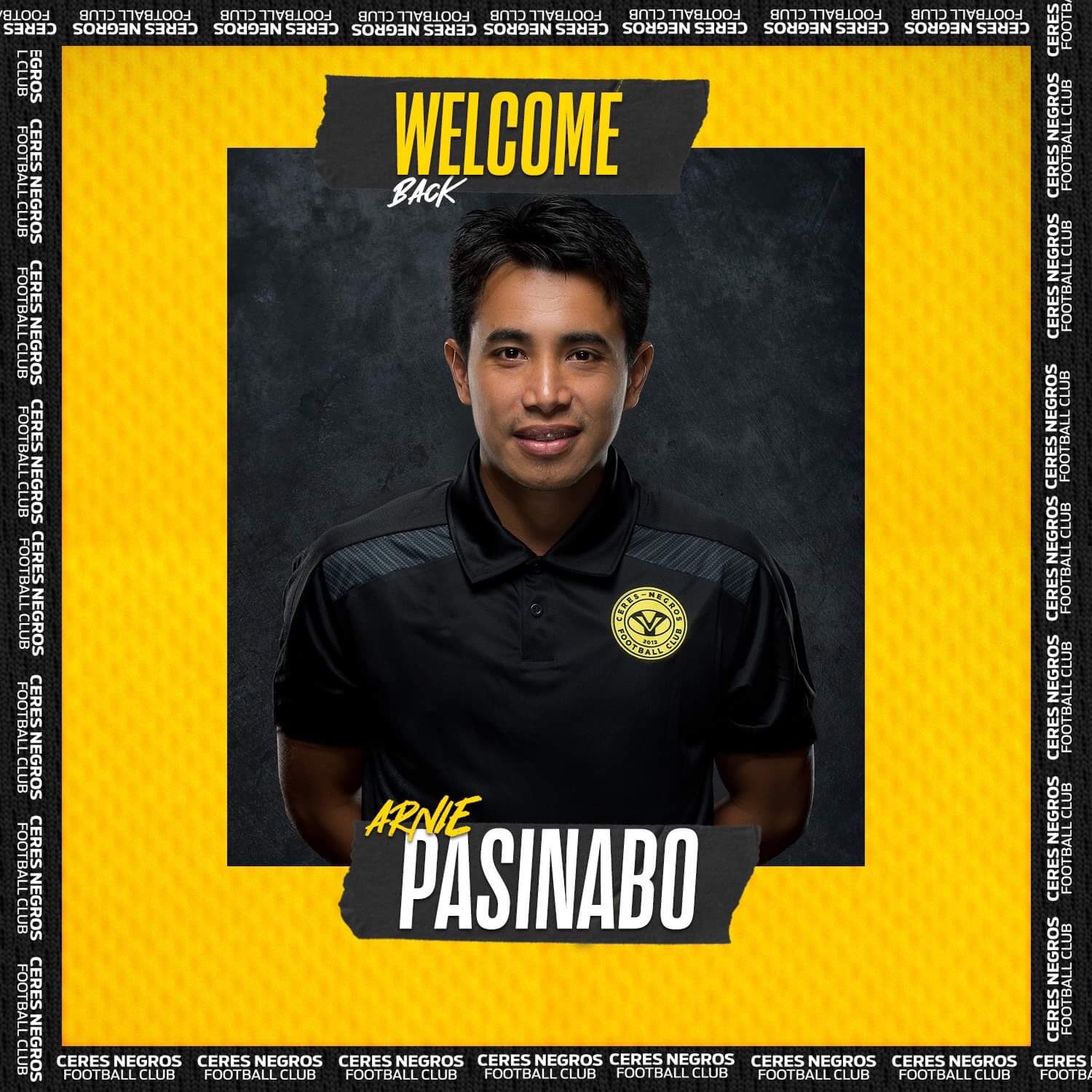 Who run the world?🙋‍♀️ Save the date for the 2019 Women's Exhibition Game this coming Saturday, 7:30pm at the McKinley Hill Stadium. Admission is FREE. See you there! 🏟⚽

Philippine champions Ceres-Negros FC are set to compete in the qualifiers of the AFC Champions League and the group stage of the AFC Cup in 2020.
The Busmen will start their AFC Champions League campaign when they host familiar foe in Shan United on January 14. Both squads have faced each other in the first stage of qualifying last 2018 where Ceres-Negros won over the Myanmar champions via penalty shootout.
Should they win the first round of qualifying, they will move on the week after to Bangkok where they will meet Thai FA Cup Champions Port FC. Japan’s FC Tokyo awaits in the Playoff round as the final qualifying match to the group stages.
The winner of the Playoff round will play six group matches with Ulsan Hyundai of South Korea, Shanghai Shenhua of China, and Perth Glory of Australia.
If Ceres-Negros fails to make it to the group stage of the AFC Champions League, they will continue their continental campaign in Group G of the AFC Cup where they will match up with Than Quang Ning of Vietnam and Indonesian champs in Bali United.
They will also be joined by the winners of the Playoff between Master 7 FC of Laos and Preah Khan Reach Svay Rieng FC of Cambodia.
Ceres-Negros reached the Zonal Semifinals of the 2019 edition of the AFC Cup where they fell to eventual champions Hanoi FC. The club set a new Philippine record with it’s third appearance of the club in the AFC Champions League and the sixth in the AFC Cup.
http://ceresfootball.com/ceres-negros-fc-compete-asia-sixth-straight-year-2020/
Lagt inn av jonny kl. 21:29 No comments:

MANILA -- In the most painful way possible, the Philippines missed out on the podium when Myanmar came from a goal down to win 2-1 in the bronze medal match of the women's football tournament Sunday evening at the Rizal Memorial Stadium.

Two minutes was all the Asian Lionesses did to overturn a second-half deficit, extending the agonzing drought on the Malditas to 34 years and won their 40th bronze in the biennial meet by negating their ceiling advantage by the host nation and silencing the 3,000 strong crowd in the process.

Forward Sarina Bolden had the closest chance in the goalless first half, only being denied by the left post after pouncing on a bad header by Khin Than Wai and Mya Phu Ngon that lead into an empty net.

However, she redeemed herself in the 58th minute by latching on to a diagonal ball by Sara Castaneda, and picked out Quinley Quezada who tapped it home for the opener, and could have gone 2-0 up with 16 minutes remaining but Bolden only hit the side netting.

Myanmar's blitzing speed and their attack in numbers bore fruit in the 78th minute when July Kyaw tucked home the equalizer after threatening Inna Palacios earlier with the free kick that went off the crossbar.

And in quick-fire fashion, Yee Yee Oo latched on the 80th minute winner after being picked on by substitute Khin Moe Wai after catching the Malditas defense at a disadvantage when Hali Long joined in on a set piece.

Substitute Eva Madarang could have gotten on to force at least to penalties but the lineswoman's flag had denied them with two minutes remaining before full time. 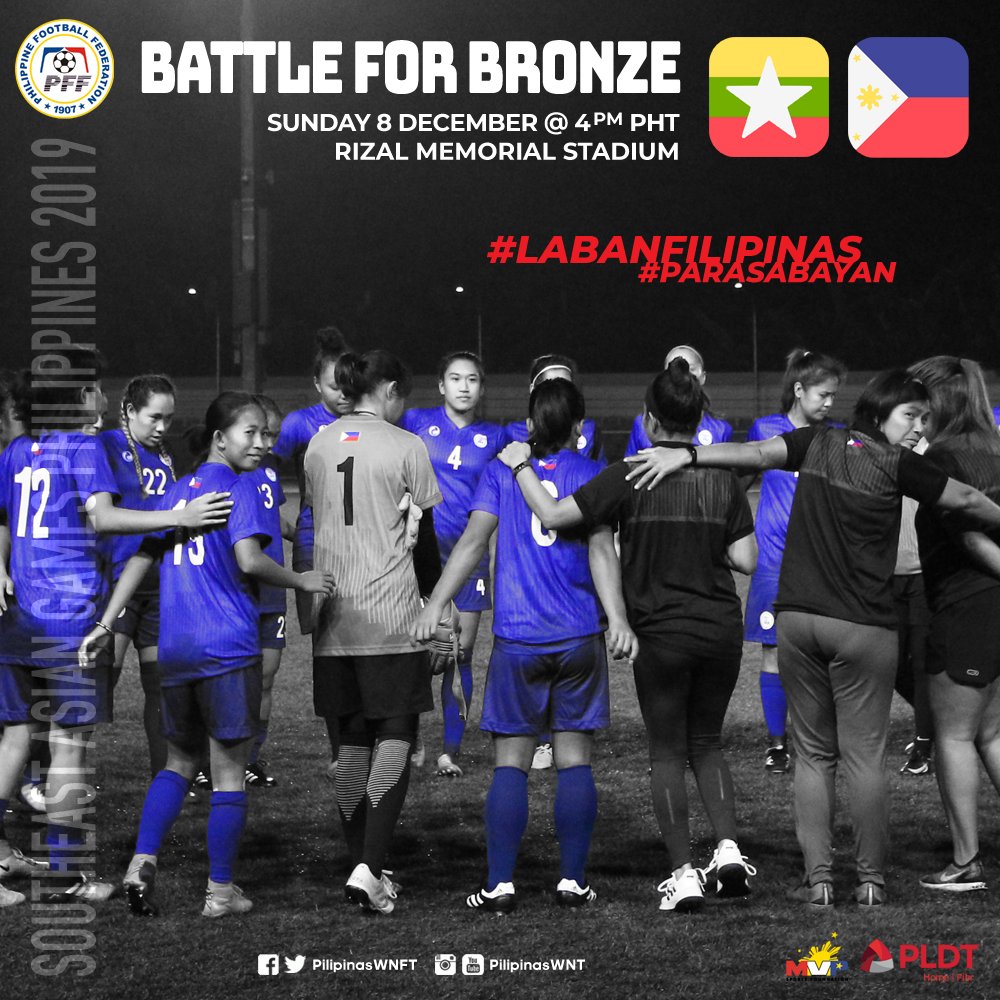 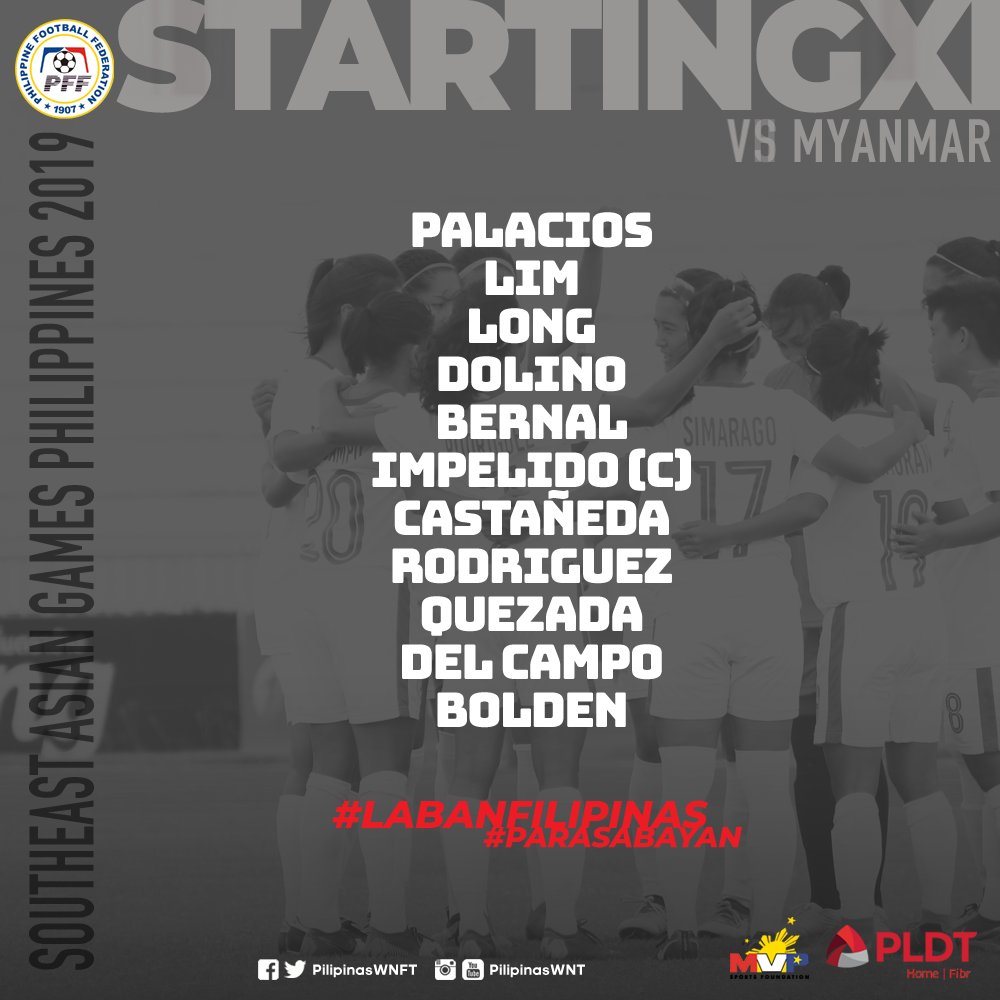 By Kevin Estrada
BINAN, LAGUNA -- Reigning SEA Games champion Vietnam will continue their defence of their gold medal after outlasting host nation Philippines, 2-0 in the semifinals of the women's football tournament at the Binan Football Stadium Thursday evening.
After being held to a first-half standoff, Mai Duc Chung's Golden Girls were clinical in the second half to relegate the Malditas to the bronze medal match, similar to what they did in the AFF Women's Championship earlier this year.With the win, Vietnam will face Thailand on December 8 in the final in Rizal Memorial as it will be the tiebreaker in which they shared evenly all the ten gold medals contested in women's football.The Malditas of Let Dimzon were left to rue their missed chances in the entire match, and were even at the shorter end of the officiating after they were denied twice for handballs in inside the box, but a rematch with Myanmar will give them their final shot at the podium, looking to end the 34-year drought.Thai Thi Tao put the visitors ahead at the hour mark, after she was freed in the far post by Duong Thi Van's cross after Vietnam caught the Malditas napping on the counter.Four minutes after that, Tran Thi Kim Thanh came to Vietnam's rescue to deny Claire Lim with a flying stop on her bouncing effort.The hosts almost got the equalizer in the 73rd minute, only for Alisha Del Campo saw her header being denied by the lineswoman's flag.Such missed chances have made the Filipinas pay later on, as Nguyen Thi Tuyet Dung put the finishing touches six minutes before full-time with a nifty right-footed effort, sending the red half of more than 2500 inside the stable of Stallion Laguna in jovial mood.Philippines: Palacios (GK), Lim, Long, Rodriguez (Madarang 76'), Dolino, Bolden, Quezada, Impelido (C), Castaneda, Bernal, Del Campo (Lemoran 84')Vietnam: Kim Thanh (GK), Hong Nhung, Thi Kieu, Thi Tuyet Dung, Huynh Nhu (CO), Thi Tao, Hai Yen, Thi Tuoi, Thi Van (Thi Lieu 70'), Thi Xuyen, Bich Thuy (Thi Loan 82')attendance: 2,509 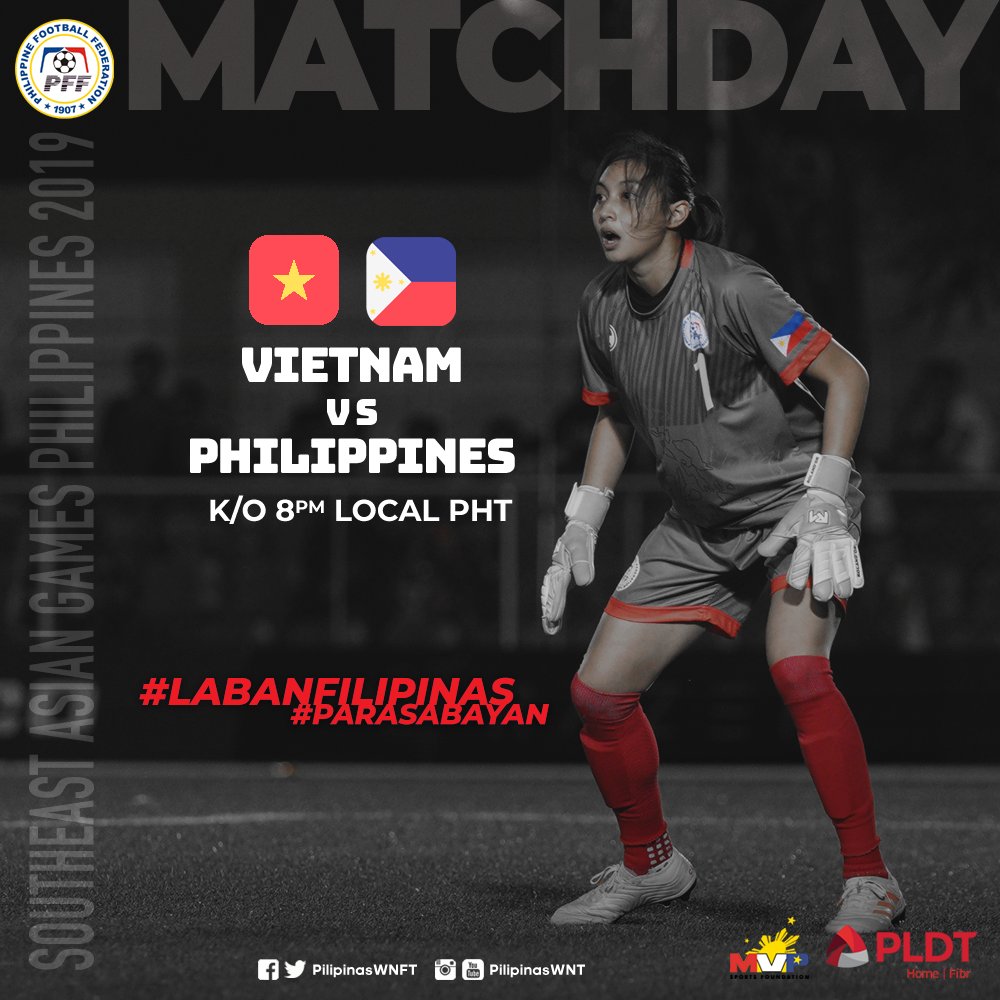 BINAN--The U22 Azkals got the blowout they needed against Timor Leste on Wednesday night, but it was still not enough for them to make the Southeast Asian Games semifinals.

The Young Azkals romped Timor Leste, 6-1, at the Binan Football Stadium here, but Cambodia sealed its place in the Final Four with a 3-1 win against Malaysia at the Rizal Memorial Stadium in Manila.

Stephan Schrock scored on a quick attack in the third minute before Ceres Negros teammate Amani Aguinaldo buried a 42nd minute goal as the U22 Azkals entered halftime 2-0 up to the delight of the full house crowd, the first time the Binan Football Stadium reached maximum capacity.

Mar Diano followed suit with a 54th minute goal, and Dylan De Bruycker nailed the U22 Azkals' fourth goal in the 75th minute before Aguinaldo sealed his hat trick with goals in the 85th and 90th minutes.

Nathaniel Reis scored a consolation goal for Timor Leste off a free kick in the third minute of stoppage time, but that goal proved vital as the U22 Azkals lost to Cambodia in the race for second on goal difference. Cambodia finished the group stages with a plus-6 goal difference, while the U22 Azkals had a plus-5.

After a goalless first half, In Sodavid and Sieng Chanthea scored back-to-back goals in the 56th and 57th minutes to put Cambodia ahead. Keo Sokpheng then iced Cambodia's win with a 68th minute goal.

Cambodia and top-seeded Myanmar will await the results of Matchday 5 of Group B to determine their semifinal opponents. 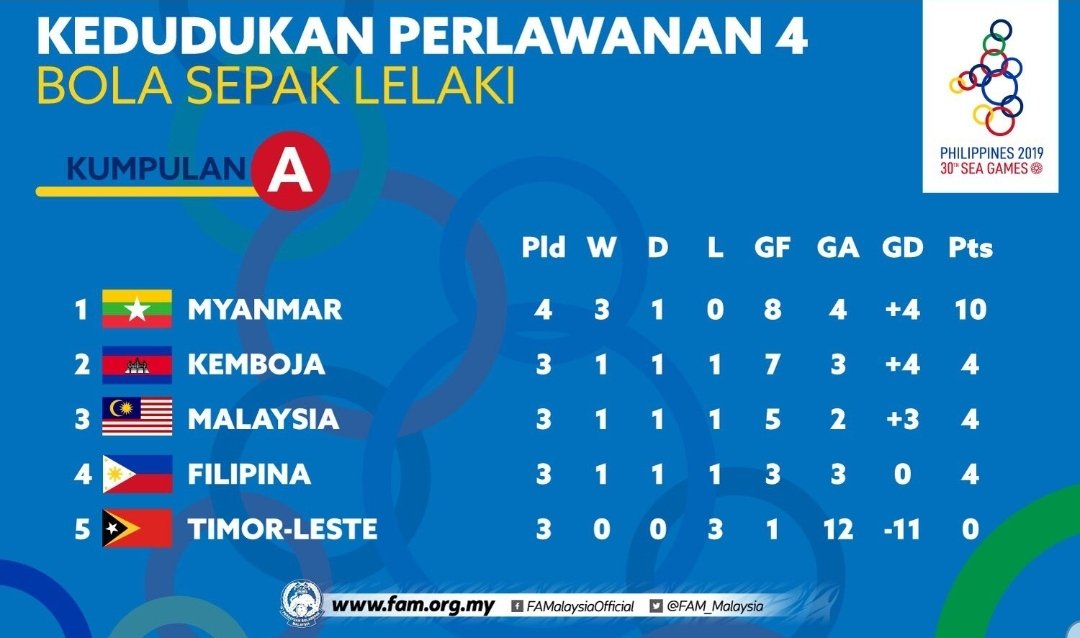 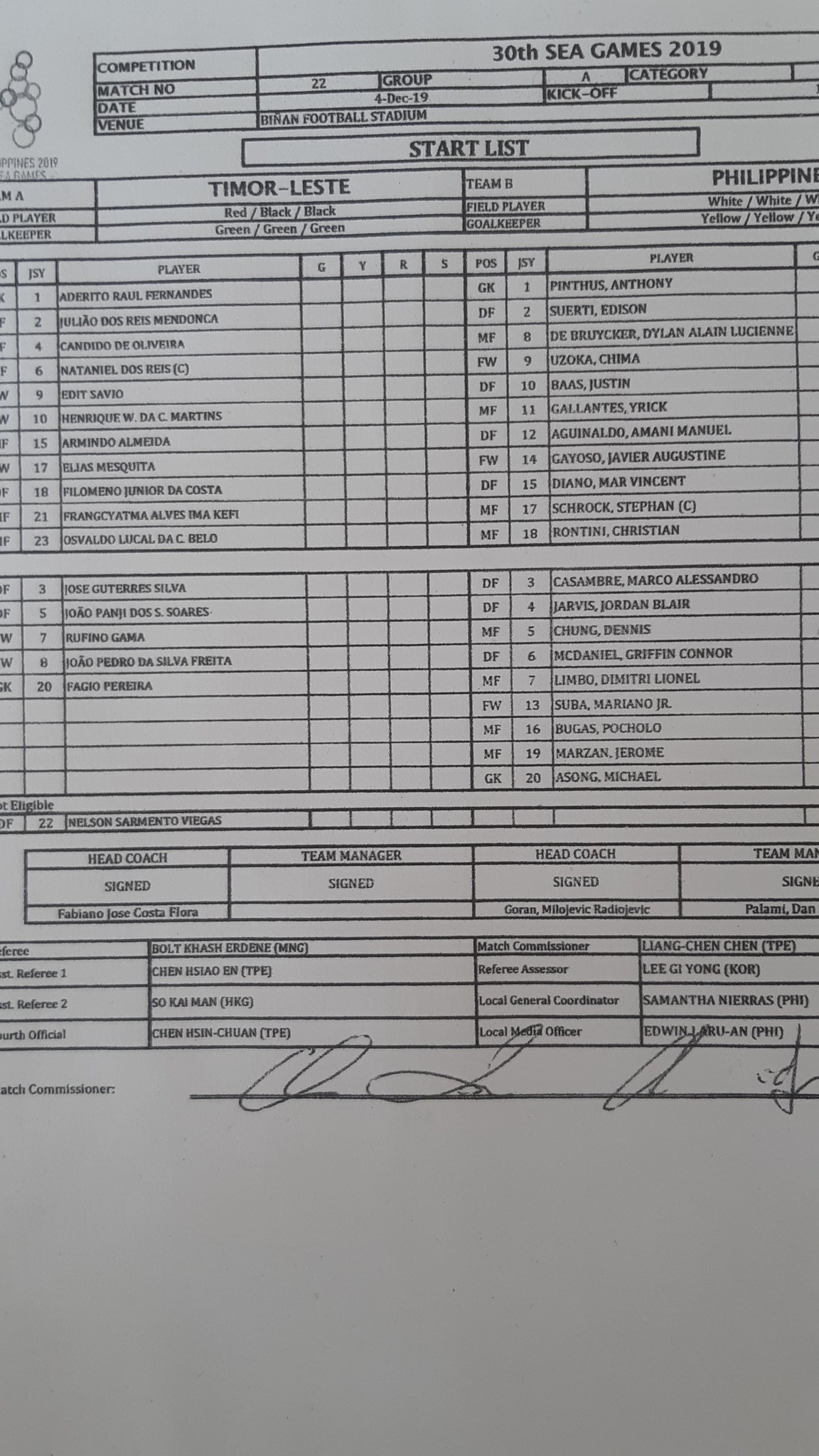 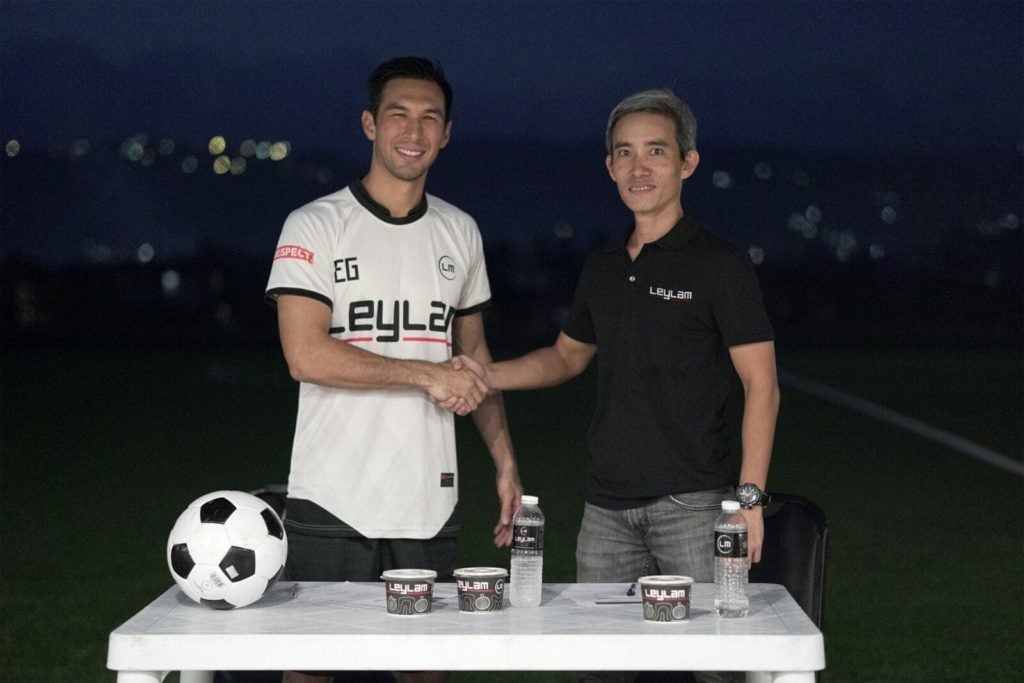 MANILA, Philippines — Leylam FC, one of Cebu City’s winningest football teams, has further strengthened its lineup by signing up former defender of the Philippine Azkals, Anton del Rosario.
Aside from being a Leylam player, Del Rosario will also serve as Leylam’s brand ambassador.
According to Leylam FC head coach Oliver “Bingbing” Colina, Del Rosario will start playing for the team in their quest to defend their Aboitiz Football Cup Men’s Open title next year.
“So he’s playing with us during the Aboitiz Cup and he will also be one of our endorsers,” said Colina.
Colina said that signing up Del Rosario was just the start for Leylam’s bigger plans such as opening a football academy next year.
Leylam also plans to host the 7’s Football League, which was started by Del Rosario here in the Philippines.
However, despite these developments with the team, Colina wants to clarify that Leylam is not yet joining the Philippines Football League (PFL).
“We have a lot of activities lined up for next year, but we’re clarifying to everybody that we’re not yet ready to play in the PFL,” Colina said.
“We will be focusing on tournaments here in Cebu and maybe some tournaments outside the country. But for next year, we will concentrate more on the football academy,” he said.