MANILA – Ilonggo Jovin Bedic earned himself another national team callup as he is set to lead the 23-man Philippine Azkals in the 2019 AFC Asian Cup starting next month in United Arab Emirates.
This will be the fifth straight national men’s football stint for the Iloilo City native Bedic following his callups in the Bahrain and Oman friendly matches, Bangabandhu Cup in Bangladesh and the 2018 AFF Suzuki Cup.
The Kaya Iloilo FC mainstay was also iconic in his Suzuki Cup stint when he scored the game-tying goal for the Azkals in their group stage match with Thailand that paved the way for their entry in the tournament’s semifinals round.
Also tapped by Azkals head coach Sven Goran Eriksson were Curt Dizon, Patrick Reichelt, Stephan Schrock, Mike Ott, Manny Ott, Kevin Ingreso, Paul Mulders, and Carlie de Murga from Ceres Negros.
Others in the roster are Bedic’s teammates at Kaya Iloilo in Nathaniel Ace Villanueva, Miguel Tanton and Davao San Miguel Aguilas’ Philip and James Younghusband.
There are also international players called up in Michael Falkesgaard, Stephan Palla, Alvaro Silva, Kevin Ray Hansen, Daisuke Sato, Adam Tull, Luke Woodland, John-Patrick Strauss, Javier Patino and Iain Ramsay.
The Azkals, which reached the AFC Asian Cup for the first time after topping the group stage in the qualifier, was drawn in Group C along with powerhouse squads South Korea, China and Kyrgyzstan.
“No easy group for a debutant in this competition. We will have to be in our best form, and, for this, the best preparation is needed,” Azkals team manager Dan Palami said in a statement./PN
https://www.panaynews.net/ilonggo-bedic-leads-azkals-in-afc-asian-cup/ 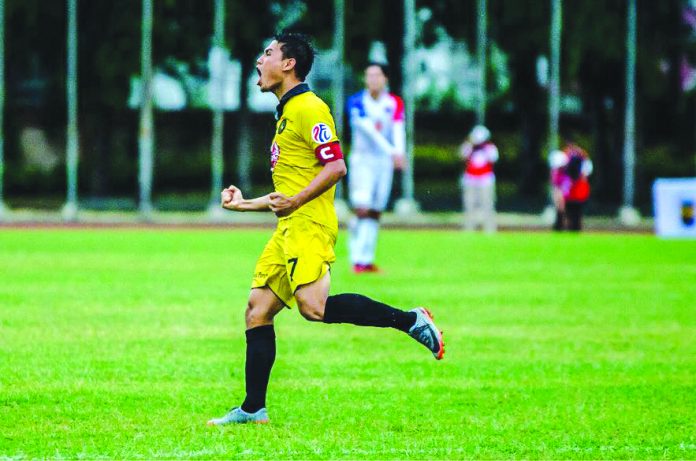